The Lake Superior coastline is rugged, wild, and notorious for shipwrecks that attest to the combined dangers of water, wind, and waves. Until recently, the 185-mile (300-km) section of shoreline from the Huron Islands to Whitefish Point was without any modern offshore equipment to provide critical coastal storm data such as wave height and water temperature.

In 2014, Northern Michigan University – in cooperation with LimnoTech and the Superior Watershed Partnership – received funding from the Great Lakes Observing System  to deploy three coastal weather buoys along the southeastern shoreline of Lake Superior at Marquette, Munising, and Grand Marais. In 2021, three new Spotter V2 buoys were obtained via a GLOS grant to replace the original ones, and will collect important navigation and climate planning data including wave height, wind speed, water temperature and more. The live data provided by these buoys is critical for commercial and recreational boaters as well as the National Weather Service, Environment Canada and NOAA, and will be used for long term climate adaptation planning with coastal communities in the Upper Peninsula. 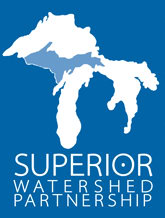