The Great Lakes Piping Plover is a federally listed endangered species and is at risk of becoming extinct. This small bird species is a member of the plover family and is a summer resident in the Great Lakes region from mid-April to mid-August. During the winter, Piping Plovers can be found along the Gulf of Mexico and the southeast Atlantic coast. 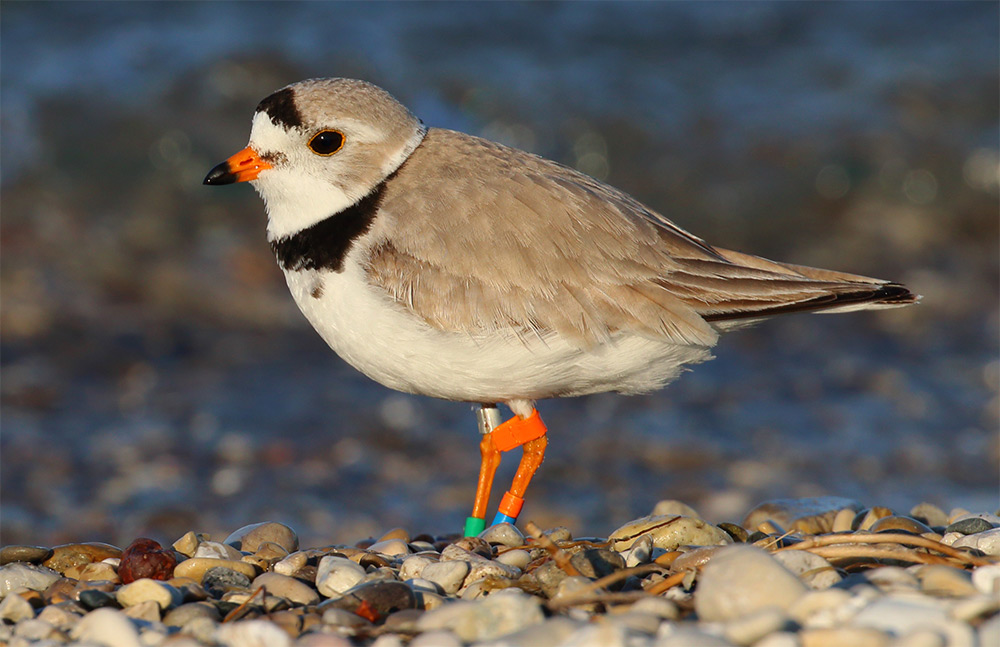 Why is the Piping Plover Endangered?

Piping Plovers require wide, undisturbed sand and gravel beaches with stones and pebbles. The changes Great Lakes water levels, combined with coastal development, make this habitat rare. The northern shores of Lake Michigan and Lake Huron and the southern shore of Lake Superior provide some of the best Piping Plover habitat in Michigan.

Piping Plovers are very sensitive to human presence and too much disturbance may cause them to abandon their nests. Foot and vehicle traffic in sand near or in nesting areas may result in crushed eggs or chicks. Unleashed pets also can harass and even kill nesting Piping Plovers and their chicks.

By vehicle, by people on foot, and by pets—has been identified as the major threat to successful nesting of Great Lakes Piping Plovers. Access by people or dogs near nest sites can disturb incubating and brooding females and fatally disrupt those processes. In addition, uncontrolled and excessive access by foot or vehicle demolishes and degrades native dune and beach vegetation, impairing Plover habitat and threatening rare plant species.

To combat these impacts, the Superior Watershed Partnership and the Great Lakes Conservation Corps have worked since 2011 in cooperation with the US Fish and Wildlife Service Coastal Program (USFWS), Lake Superior State University, the Michigan Department of Natural Resources (MDNR), the US Forest Service Hiawatha National Forest (USFS), Three Shores Cooperative Invasive Species Management Area, and multiple other regional interest groups/organizations to educate residents and visitors about the species and improve and protect important nesting habitat throughout the Upper Peninsula and Northern Michigan.

Efforts have included invasive species mapping and removal, the implementation of physical shoreline barriers to ATVs and other vehicle traffic (split rail fencing, posts, brush, etc.), and the installation of informational signage near nesting sites throughout the region.

In the 1980s, the population of Great Lakes Piping Plover included as few as 11 nesting pairs. As recently as 2017, 76 nesting pairs were documented throughout the region. While the Great Lakes population still has a long way to go, it is hoped that the combined efforts of the many invested organizations, educational institutes, and volunteers will continue to expand and stabilize the population of this extremely vulnerable species (population statistics obtained from the Great Lake Piping Plover Conservation Team at www.greatlakespipingplover.org). 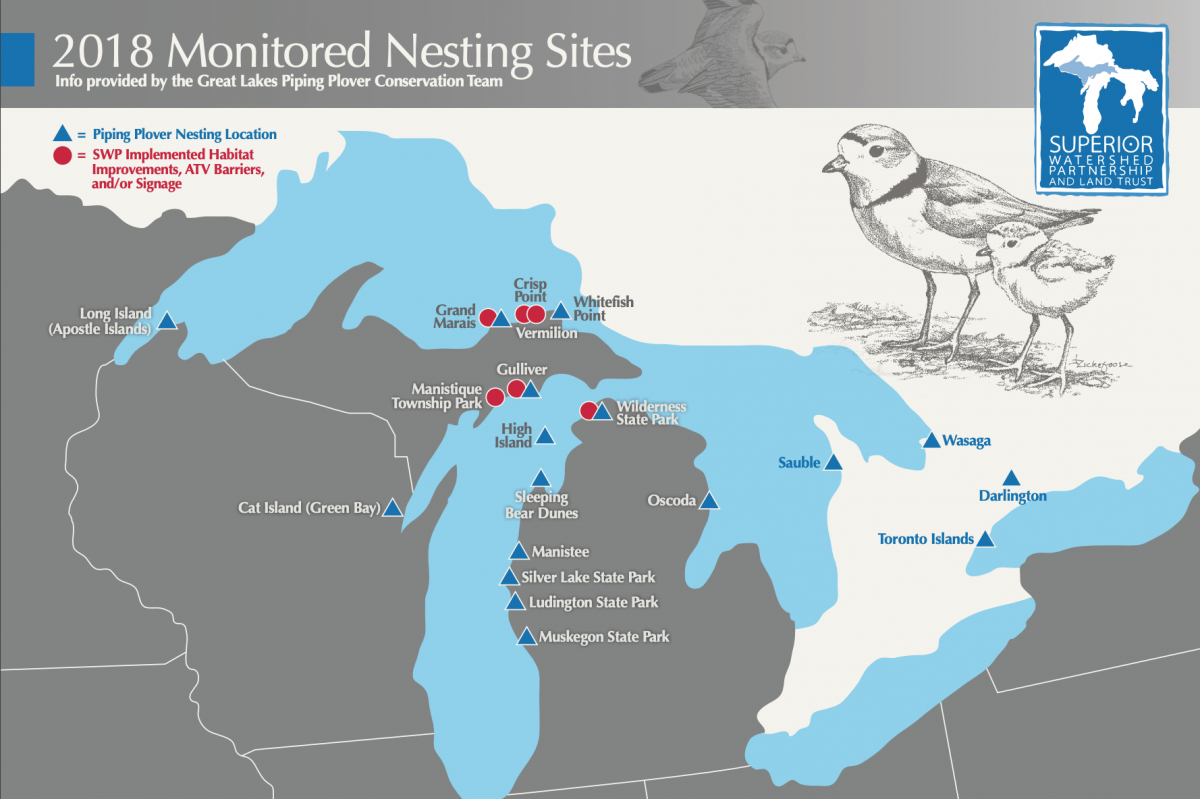 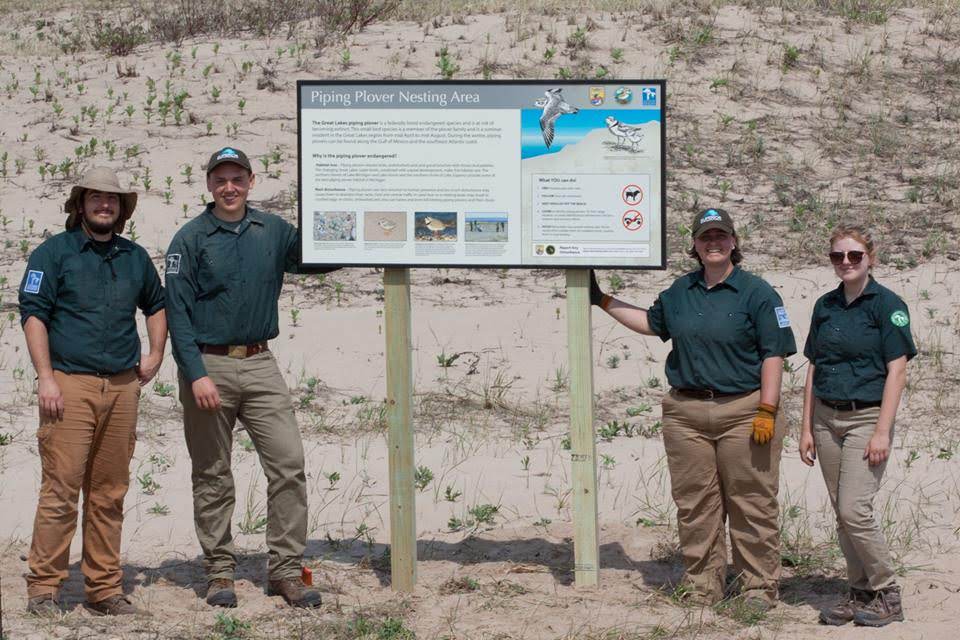 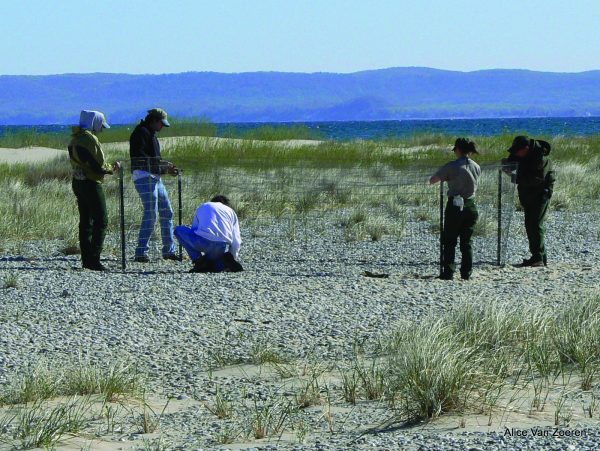 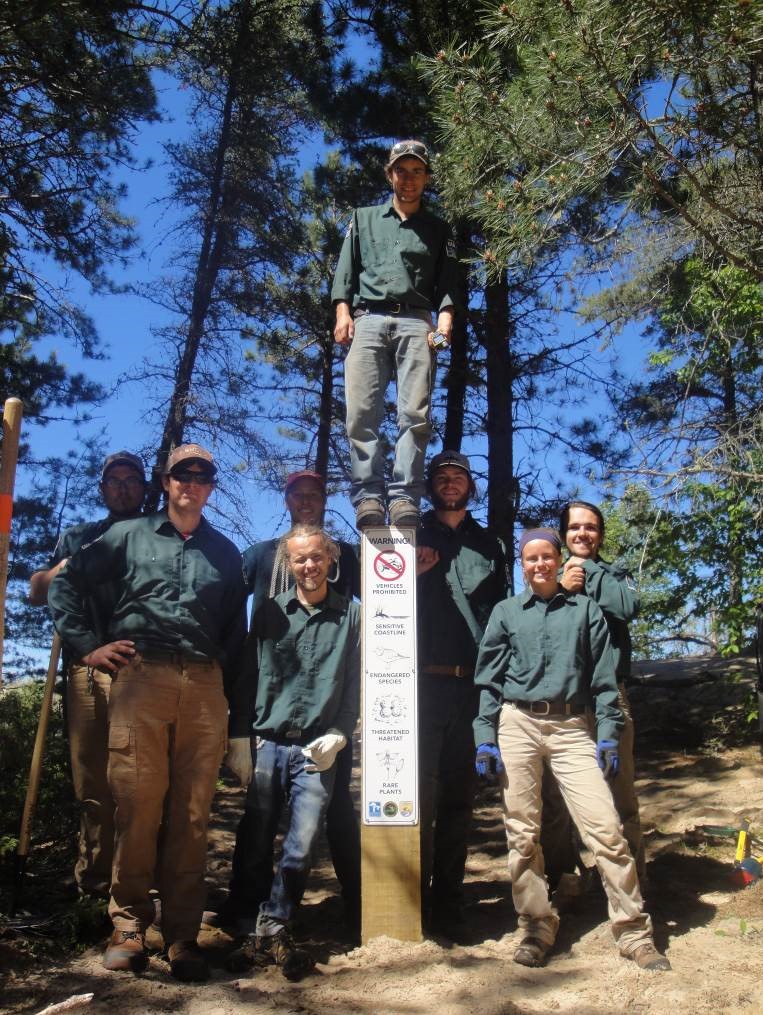 Want to help the Great Lakes Piping Plover and other sensitive, threatened, and endangered plant and animal species? Here’s what YOU can do! 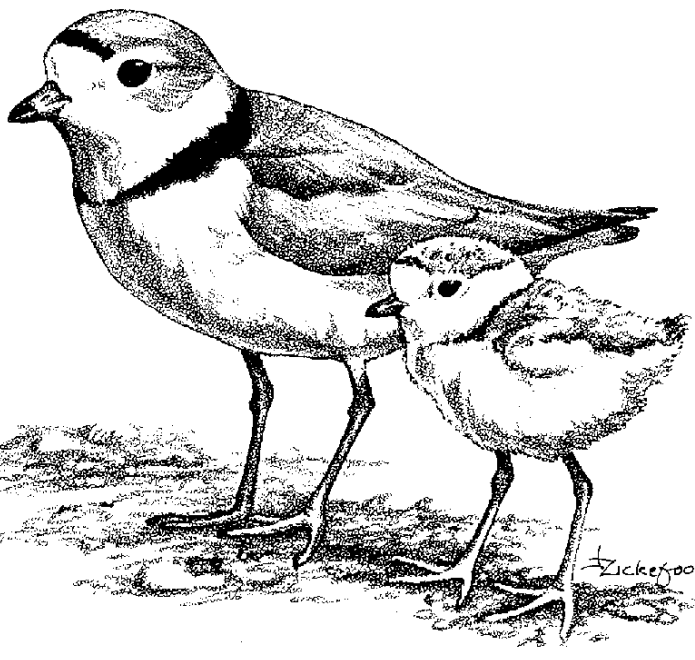 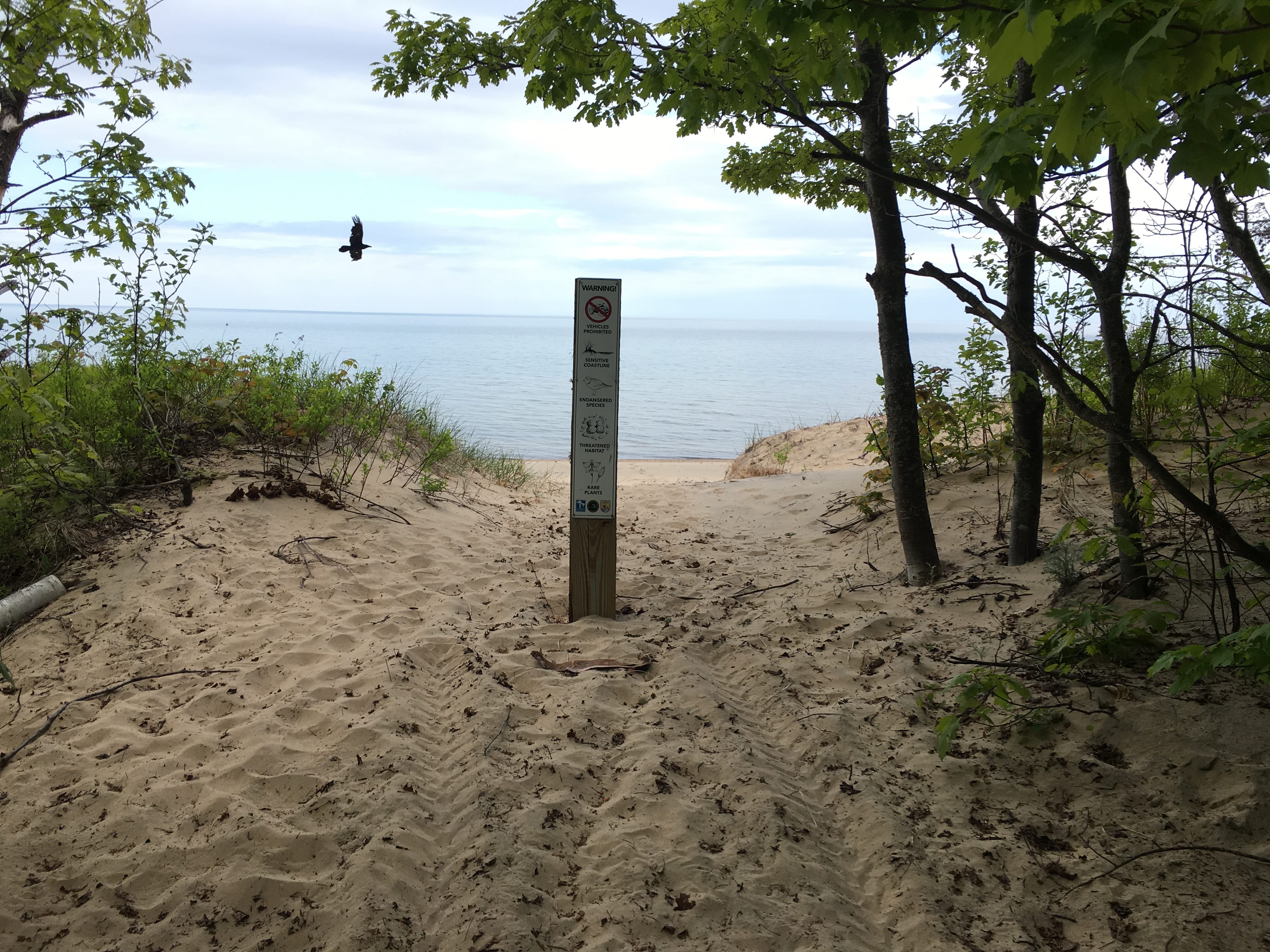